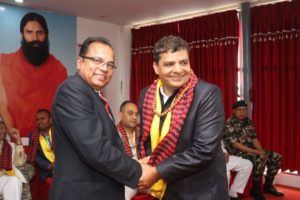 A renowned specialist in Ayurveda and Yogic sciences who is the main force behind Ayush Darpan pursued his B.Sc. (Hons) in Chemistry from L.N.M.University, Darbhanga, Bihar followed by a B.A.M.S.(Ayurvedacharya) degreefrom Kanpur University, Uttar Pradesh affiliated to Ayurvedic College, Gurukul Kangri Haridwar.

Thereafter he accomplished his M.D. degree in Kaya Chikitsa from VikramUniversity, Ujjain, Madhya Pradesh.
His passion for Ayurveda made him pursue his Diploma in Yogic Sciences as well as Preventive and Promotive Healthcare from Garhwal University and Apollo Hospital Hyderabad respectively.His dedication to serve the cause of Ayurveda made him publish Ayush Darpan, a widely read health magazine based on Ayurveda in Hindi . It was a quarterly health magazine which was circulated for four consecutive years from 2010 to 2014 from the remote hilly districtof Pithoragarh in Uttarakhand.The magazine was launched by the then Chief minister of Uttarakhand Dr. Ramesh Pokhriyal Nishank in Dehradun. In the year 2014, Ayush Darpan became fully digital with its web portal in Hindi (http://ayushdarpan.com ) as well as in English (http://ayushdarpan.org).For the past 8 years, the dynamic web portal of Ayush Darpan disseminates information about the latest scientific researchand developments as well as health news. The website of Ayush Darpan is updated regularly and is shared globally through social media links. He also explored the treasure of the Himalayan herbs and made people aware about this treasure the documentaries he uploaded on the YouTube channel (Ayush Darpan) as well as in the web portal of Ayush Darpan.He also writes features regularly on Ayurveda which are published in the leading national newspapers. His Ayurvedic programs are aired on Doordarshan and Akashvani on regular basis 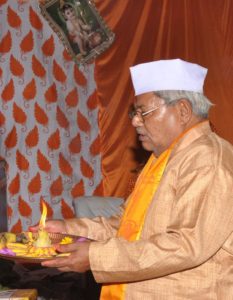 Retired Professor of Zoology having 40 years of teaching experience .Served as a member of National Academy of Agriculture Research, Hyedrabad . 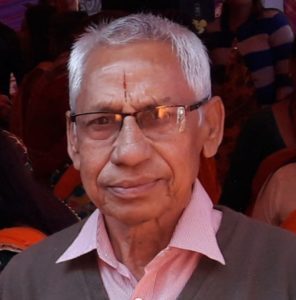 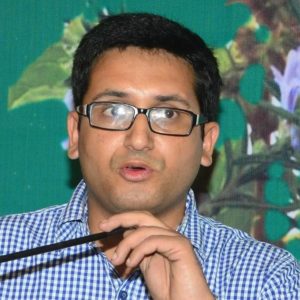 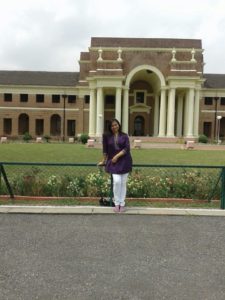 Pt.Manish Uprety,F.R.A.S was born in Almora, Uttarakhand. He
is an alumnus of the Delhi School of Economics,University of Delhi,
India and the University of London, United Kingdom. The field of
Management is his research area where he explored the co-evolution
of strategy and environment. Having worked in the United Nations
System, in his ambassadorial capacity, Mr. Uprety looked after the
technological facilitation and institutional development of the
malnutrition programme of the Collaborative Intergovernmental

Scientific Research Institute. A prolific speaker on international
development issues,Mr. Manish Uprety has addressed various
established platforms such as Banque de France, Paris; Mexican
Parliament, Mexico City; The Energy and Resources Institute
(TERI), New Delhi; EABA, Brussels; and ULPGC, Spain, among others.
He was invested as a Fellow of the Royal Asiatic Society (F.R.A.S.) of
Great Britain and Ireland in October 2010. Mr. Uprety was also
conferred with 2006 Global Human Rights Protection
Award by the Indian Institute of Human Rights at the 8th
World Human Rights Congress held in New Delhi, India on the World
Human Rights Day on the 10th of December 2006. Mr. Uprety is an
international contributing editor to Nueva Diplomacia, an
international relations magazine published in Chile, and in the past,
has gained work experience with the BBC World Service in London
and the One World Trust, Houses of Parliament, United Kingdom. He
is also on the advisory board of the Kohima Komets Football Club
(KKFC), Nagaland which is a premiership football club
playing in the I- League, India.